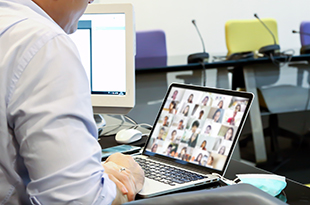 Thanks to all who attended our April meetings. Did you miss a meeting or do you need a refresher? Read our summaries.

The PCI Coordinator Meeting was held on April 14th from 10 am – 11 am.  Kathleen Frazier welcomed participants to the meeting and shared information about the BMC2 major bleeding measure including abstraction details. The pre-hemoglobin value is the value obtained closest to the procedure start. The post-hemoglobin value is the lowest obtained within 72 hours of the procedure end. When multiple mechanical support devices are used, the device providing the highest level of support is entered. This measure is part of the performance index for BMC2 PCI “regular” facilities. All procedures where an “intervention this hospitalization” was performed are not included.

The next bleeding topic reviewed was clinical outcomes and that these outcomes are associated with both in-hospital and long-term adverse events such as: increased length of stay, readmission, repeat bleeding, myocardial infarction, and death.  Publications related to registry bleeding were noted to be examples of “real-world” (not controlled like research studies) and they too established in-hospital and long-term adverse events. Even events that are perceived as not being related to PCI. All are of concern and non-access site related bleeding demonstrates worse outcomes than access site related bleeding.

The discussion moved into non-modifiable (age, gender, high/low BMI, CKD, anemia), modifiable, and bleeding risk factors. Strategies cath labs should utilize to avoid bleeding include ACT monitoring, IIB/IIIA avoidance, trans-radial approach, antiplatelet choice, anticoagulant strategy and use of vascular closure device.  Dr. Valle concluded his presentation by sharing bleeding avoidance strategies are most frequently used in low-risk patients and that patient selection is one of the most important factors to consider.

You can view Dr. Valle’s complete talk on our YouTube channel.

Kathleen reminded attendees that the Groin Bleed Best Practice Protocol is available on our website under “Quality Improvement” and “Best Practices.” Annemarie walked participants through the smoking cessation resources that are now on bmc2.org, courtesy of HBOM.

The Vascular Surgery Coordinator Meeting was held on April 20th from 11 am – 12 pm.

Dr. Mouawad presented “Cranial Nerve Injuries after CEA.” He first reviewed the indications for intervention. These include high grade, or greater than 70%, and moderate grade or 50 – 69% for those patients who are symptomatic. For asymptomatic patients, the rate of blockage should be greater than 80% to undergo carotid endarterectomy. During surgery, the plaque is removed to restore the flow and the artery is patched.

Injuries to the glossopharyngeal nerve result in difficulty swallowing or discoordinated swallowing. In extreme cases, they can lead to an absent gag reflex. This injury can be difficult to identify post-op due to the effects of intubation.

Injuries to the vagus nerve result in a hoarse voice or raspiness and can result in vocal chord paralysis. This type of injury is also difficult to determine immediately after surgery due to intubation.

Injury to the hypoglossal nerve is seen in almost all surgeries and results in ipsilateral tongue deviation.

Dr. Abdul Kader Natour presented “Lower Extremity Bypass.” He explained that it’s very important to run a thorough pre-operative medical risk assessment to identify comorbidities except in the case of emergent surgeries when time is of the essence.

Peripheral artery disease (PAD) is an indication for lower extremity bypass and is increasingly common as the population ages with rates of 15% in individuals 70 years of age or older. It has a poor overall prognosis with mortality at 20 – 30-% at 5 years.

Claudicants are defined as patients with pain in the lower extremities which is experienced upon exertion secondary to reduced blood flow to the legs due to peripheral artery disease. Intervention is indicated only if it is contributing to a significant reduction in quality of life. 10 – 15% of claudicants will progress to chronic limb-threatening ischemia (CLTI) which often mandates intervention. The estimated 1-year limb loss rate of CLTI patients is 15 - 20%. Other indications for lower extremity bypass include femoral or popliteal aneurysms, arterial thromboembolism or dissection, popliteal artery entrapment syndromes, and more.

During the surgery, the greater saphenous vein is most commonly used. However, when it is not appropriate for use, the lesser saphenous vein, upper extremity cephalic or basilic veins, and superficial femoral veins may be used. Occasionally, multiple venous segments can be spliced together to create bypass conduit of an appropriate length. However, these grafts are not as durable and may require reintervention. The most common prosthetic graft used is the polytetrafluoroethylene (PTFE). These grafts have been acceptable patency in above-the-knee bypasses.

The steps in a lower extremity bypass include:

Duplex ultrasound or angiography are methods of imaging used to check for any problems post-procedure.

Post-operative care includes antithrombotic care with long-term antiplatelet therapy in the form of aspirin or clopidogrel for all patients with PAD. Anticoagulents are not routinely prescribed after lower extremity bypass because bleeding complications are consistently increased in patients receiving them. A moderate to high dose of statins is prescribed to all patients with PAD.

Graft surveillance is performed 6 weeks post-operatively, both to assess the adequacy of revascularization and to establish a baseline for reference. Additional follow ups are performed every 3 months for two years and then every 6 – 12 months after. Vein graft stenosis develops in around 20 – 30% of infrainguinal vein bypasses during the first year.

General complications are related to the comorbidities that are seen in patients with PAD and can include MI, arrythmias, or SCD as well as pneumonia, DVT/PE, AKI, and nerve injuries and highlight the importance of preoperative medical optimization. Most common local complications include graft thrombosis, graft infection, bleeding, SSIs, and other wound complications including hematoma formation and wound dehiscence. Major complications include major amputations, mortality, and major adverse cardiac events included MI and stroke.

Dr. Drew Braet shared insights from a study that he and Dr. Peter Henke did on the impact of cannabis use on vascular surgery outcomes. Cannabis is one of the most commonly used substances in the U.S. Recreational cannabis was legalized in 2018 with licensed sales beginning in December of 2019. 43% of patients report to have used cannabis once and 35% more than once.

In literature, the proposed effects of cannabis include arrythmia, vasospasm, increased myocardial demand, poor concentration and decreased goal related behavior as well as platelet dysfunction, platelet activation, endothelial dysfunction, and modulation of the immune system. This suggests that cannabis may cause heart attack, stroke, and blood clots and may play a role in bleeding.

A study on post-PCI in-hospital outcomes conducted using BMC2 data found that marijuana users had a higher risk of bleeding and stroke and a lower risk of acute kidney injury while there was no significant difference in risk of transfusion or death. A recent study on marijuana and vascular surgery by Brandon McGuiness, et al found that patients with cannabis use disorder (1.5% of the population) had a higher incidence of perioperative MI and stroke. These studies led Dr. Braet and Dr. Henke to do their own research on cannabis use and vascular surgery outcomes.

The team developed a cohort study using BMC2 data to look at the effect of pre-operative cannabis use on post-operative outcomes of vascular surgery. They looked at data from 2014 – 2021 to assess patients who underwent carotid endarterectomy (CEA), endovascular aneurysm repair (EVAR), open abdominal aortic aneurysms (AAA) repair, open bypass, and peripheral vascular interventions (PVI). Data was gathered regarding cannabis use and the association with post-operative outcomes at 30 days and 1 year.

There were 82,274 patients, the majority of which were white and male with an average age of 69.9 years old. 4.9% of the patients reported cannabis use in the month before surgery and 34.1% were current tobacco users while 48.1% were former users.

The study found that cannabis users were more likely to be discharged with a prescription for opioids. They were also at higher odds of having an amputation at both 30 days and 1 year. They were at decreased odds of having reverse vein bypass patency both at 30 days and 1 year. They were more likely to still be taking opioids at 30 days post-surgery. Marijuana use was not associated with stroke, MI, or VTE. All of this suggests that patients should be counseled on the potential negative effects of marijuana use on vascular surgery outcomes.

Association may not equal causation and future research is needed to continue to assess the effects of marijuana on post-surgery outcomes. It’s possible that this could be a marker of socioeconomic status, or it could potentially be a physiologic effect but we need to do more work to determine this. There’s also a need to look at ingestion of marijuana versus smoking as well as the frequency of use, dose used, and recreational marijuana versus medical use.

You can view all three presentations on our YouTube channel.